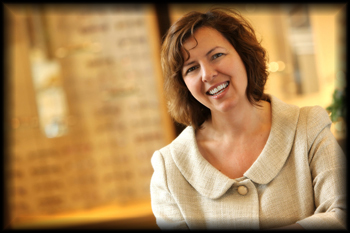 A native of Kitchener, Dr. MacDonald graduated from the University of Waterloo in 1992 with a Bachelor of Science and Doctor of Optometry degree. She was the recipient of the TT Beattie Binocular Vision Award. Upon graduating, Dr. MacDonald served as research optometrist at the Centre for Contact Lens Research. Her work with the initial clinical trials of silicone hydrogel soft contact lenses (now the industry standard) became one of the first published papers on the subject. Shortly thereafter, Dr. MacDonald became a Fellow of the American Academy of Optometry.

More recently, her interest in pediatric eyecare has taken her for observerships to the Pediatric Eyecare Clinic of the Carolinas in 2003 and the Hospital for Sick Children in 2004. She is also qualified to perform visual perceptual testing in children. 2010 saw Dr. MacDonald voted Gold Medalist for Optometrists in the Reader's Choice Awards, sponsored by the KW Record.

In 2011, Dr. MacDonald assumed the role of Chair of the Ontario Association of Optometrists' Children's Vision Working Group, championing the Eye See ... Eye Learn program with the goal of ensuring that all children undergo a comprehensive eye examination before entering kindergarten. To this day, her passion remains in pediatric eye care.

Out of the office, Karen enjoys volunteer work (often centered around providing meals for those in need), and posting a golf score that is far lower than Derek could ever dream of.

that is second to none